The Writers’ Union of Iceland

The Writers’ Union of Iceland (Rithöfundasamband Íslands – RSÍ)  is an ideological and professional organization representing authors. The Union was  founded in 1974 and has now 650 members including poets, novelists, literary translators, dramatists, scriptwriters, writers of young adult/children’s books and authors of academic works.  The first organization of Icelandic writers was founded when they got their own chapter within the Artists Union of Iceland 1928. From 1945, Icelandic writers formed two unions but from 1957 they worked closely together until they eventually merged. The Union is led by an elected board of 5 members and 2 deputy members, chaired by author Karl Ágúst Úlfsson. The Executive Director is Ragnheiður Tryggvadóttir.

The object of the Writers’ Union of Iceland is to develop and improve the material and non-material conditions of writers’ work, to treat copyright and other rights of copyright holders within the frame of the legislation and make total agreements and collective agreements on the behalf of writers.  Work to provide funding and grants to the benefit of authors and to be in collaboratinon with interest groups in Iceland and abroad. The object is also that of strengthening the association of Icelandic authors, safeguarding authors interests and rights in conformity with international custom, defending the freedom and honour of literature and opposing any kind of persecution of authors and obstacles in their profession.

The Writers’ Union of Iceland will not participate in the struggle of political parties and nor will it be concerned with artistic policies, political opinions or religion.

The right to membership have all Icelandic authors and foreign authors residing permanently in Iceland, having published/displayed two original or translated works. The works must be of an artistic and professional quality or have a hight educational and cultural value

The Writers’ Union of Iceland has concluded agreements with the the Icelandic Publishers Association, the State Broadcasting Service, The National Centre for Educational Material, the National Theatre and other parties publishing or utilizing literary works.

The Writers´Union hosts a programme named Skáld í skólum (Writers visiting schools)  where pairs of writers collaborate in creating lively school programmes. They visit schools, introduce  themselves and other writers, talk about literature and how writers work giving pupils interesting examples on how to use their own fantasy to enjoy themselves and be creative. All in all inspiring pupils too have fun reading books and writing themselves. The programme has been a great success with Icelandic schools and pupils age 6-16 from the year 2006.

The Writers´Union in colloboration with the National Liberary hava an annual price Maístjarnan (The star of May) for last years best book of poetry.

The Writers’ Union of Iceland runs the Writers’ Centre in Gunnarshús which represents writers and their works, arranges seminars and programs for schools and provides assistance for all kinds of literary events.

Gunnarshús in Reykjavík is the home of the Writers’ Union of Iceland. The house is quite remarkable as it was the last residence of writer Gunnar Gunnarsson (1889-1975) but it is also truly a milestone in the history of Icelandic architecture.

The Writers’ Union hosts literary events in Gunnarshús, in addition to supplying meeting facilities to various groups of writers. The Union also holds receptions in the house for foreign writers, giving them a chance to meet their Icelandic colleagues.

An apartment for visiting writers has been available in Gunnarshús from 1999. For further information and booking click here: Writers’ Residence in Gunnarshús – Rithöfundasamband Íslands (rsi.is) 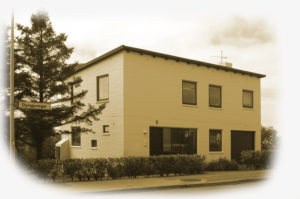